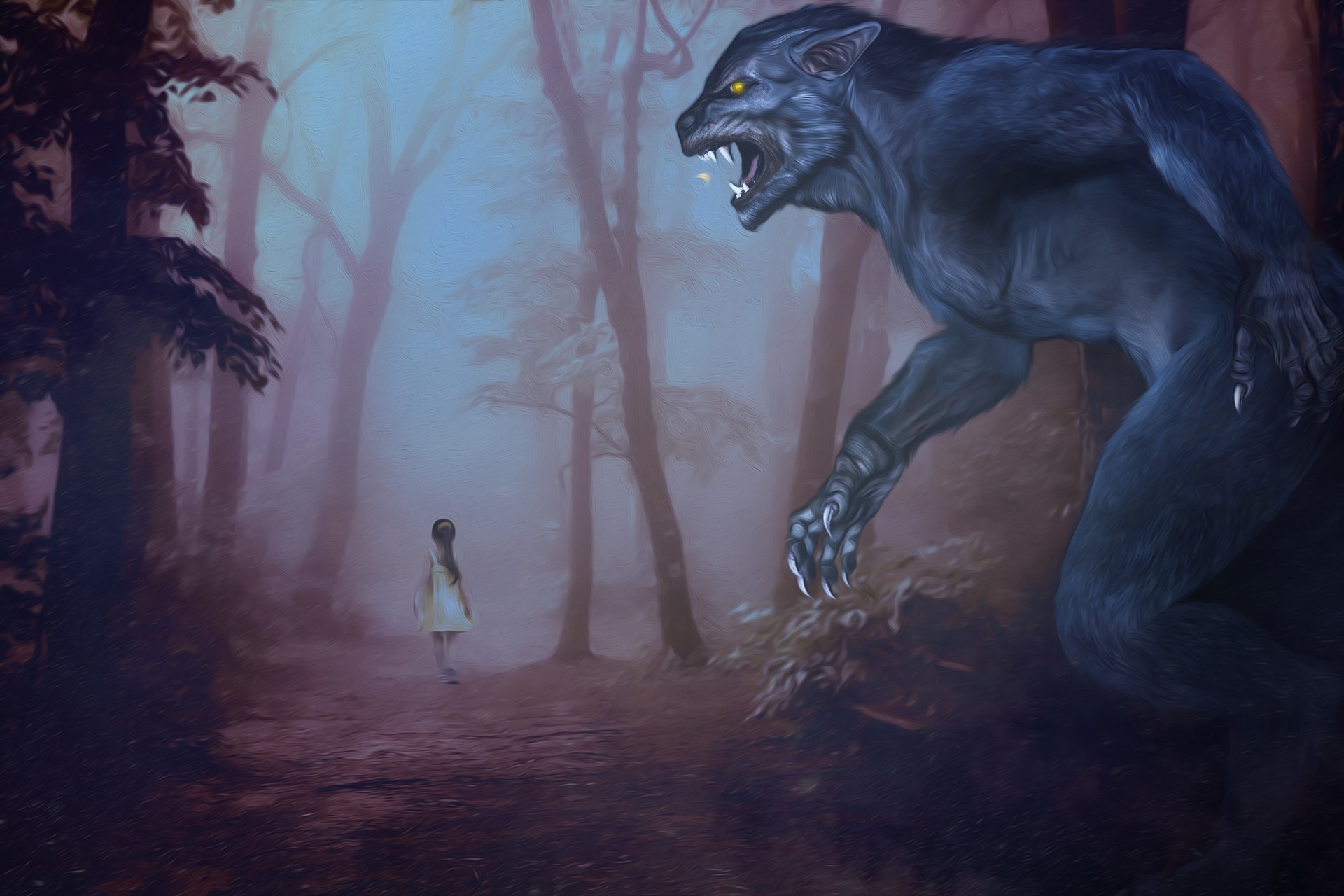 On October 31, 1589 in the village of Bedburg, Germany a successful farmer named Peter Stubbe was led to the center of the square in shackles. Stubbe was then strapped to a giant wagon wheel, where the Executioner used a red, hot pincer ten times to peel the skin right off the bones. Then iron mallets were used to break both arms and legs several times. Peter’s shattered limbs were then threaded in and out of the spooks of the wheel. Finally, the Executioner beheaded Peter Stubbe. The wheel with Stubbe’s mangled body and head was propped up high on a pole for all of Bedburg to see. Days prior to Peter Stubbe’s grotesque execution, his mistress Katherine Trompin and his 15 year old daughter Sybil (Belle) were also put to death for being complacent in his crimes. What was Peter Stubbe found guilty of that would justify such a violent death? Peter Stubbe plead guilty to 14 counts of murder, cannibalism, incest, killing of live stock, and above all...being a Werewolf.

There is one surviving written account in pamphlet form about Peter Stubbe’s case called: A True Discourse: Declaring the Damnable Life and Death of one Stubbe, Peeter, A Most Wicked Sorcerer, that was written in 1590. Peter Stubbe was born in 1535 and seems to have lived a normal life until the age of 12. According to Peter himself, he stated that when he turned 12 is when he began practicing Dark Magick. Later on Stubbe says that he met Satan face to face and at this meeting the Devil gifted Peter Stubbe with an enchanted belt that allowed him to transform into a monstrous Wolf. In this wolf form is when Stubbe committed his gruesome crimes.

According to the 1590 pamphlet Peter Stubbe did get married at some point in time but became a widower in the 1580’s. Before the passing of his wife, the couple had two children; first a daughter and then a son. It was recorded that Stubbe began his serial killing spree in 1582 and continued to kill until he was caught in 1589. Was the passing of Mrs. Stubbe the final straw that began the mental decline of Peter Stubbe or could it be possible that Mrs. Stubbe was his first victim? That is a question that will never be answered as it was not documented if Peter was ever accused of killing his wife. Whatever the circumstances, Peter Stubbe killed and devoured 14 children (one of whom was Peter’s own son), two pregnant women and their fetuses, killed and ate raw livestock, and kept a familiar in an unknown form.

After the death of Mrs. Stubbe, Peter spent his mundane time in the company of many lovers and keeping a steady mistress called Katherine Trompin. Having all of these women was not enough for Stubbe’s twisted mind: he also began having an incestuous relationship with his 15 year old daughter Sybil (also called Belle due to her beauty). Per the written record, Peter Stubbe would adorn the magickal belt and then, as a wolf, stalk young maidens or children walking to the nearby meadow to milk the cows. When Stubbe saw that his desired victim was alone is when he would attack them without mercy.

This stalking method went on for several years until he was finally caught in the act of stalking a potential victim. One day, a group of men noticed a large wolf stalking yet another maiden. The wolf did take notice that he was being followed and tried to escape the group. The men did pursue the wolf, in its escape attempt. However, as the men caught up to the wolf monster all they found was a man. Peter Stubbe quickly removed his magickal belt and discarded it down a valley; the belt was never recovered. The men quickly apprehended Stubbe, as they recognized him as the long time resident of Bedburg. It was also noted by one of the men in the group that the beast was missing the front left paw. It is believed that Peter lost his left hand in his youth from a farming accident and thus received the name “Stubbe” meaning “Stump” as a result of the injury. Apparently, Stubbe was afraid of being tortured and gave his confession to all of his crimes willing to the group of men.

The additional details of his relationship with his daughter and live-in mistress came later. It seems that Sybil and Katherine were charged and executed for being accessories in Peter Stubbe’s crimes of murder and sorcery. Also, of course the sinful relationship with his daughter which may have resulted in her having a child by her father. The fate of this poor child is unknown. However, it was found during research that a daughter of Peter Stubbe was tried and killed for being a Witch in 1621. It is not known if this was the child, nor could this note be verified anywhere else. This is a bizarre and confusing case indeed, leaves more questions than answers.

Was Peter Stubbe a monstrosity of a werewolf fashioned by the Devil himself, to cause fear, pain, and death? Or was Peter Stubbe just a twisted serial killer that craved the taste of raw human flesh? It is highly unlikely that new information would surface in this day and age. As unusual as this case is, Peter Stubbe is one of many men and a few women executed for the crime of Lycanthropy; a form of the dark work of Satan. Even though The Werewolf Trials of the Medieval Period does not get as much attention as The Witch Trials, both run parallel with each other. One may even argue that The Werewolf Trials were more disturbing and bloody than that of The Witch Trials.